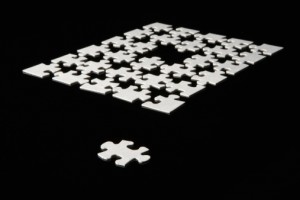 The importance of successfully integrating business and education is increasingly important to economic growth in Russia, as evidenced by the recent meeting between Putin and  the Presidential Council for Science and Education.

Putin addressed the Council, citing the need to increase the pace of innovation in Russia which, despite having three universities included on the Times Higher Education World University Ranking, is not developing fast enough to make significant contributions to the Russian economy. (By the way, the three universities Putin references are: National Research University MePhI, Lomonosov Moscow State, and Novosibirsk State University.)

Putin further suggested that formal, legislative changes should be made to accommodate a “research and development strategy”; a strategy that should be considered an important component of Russia’s national security. Linking economic development to national security is generally in line with the drive for import substitution – an increasingly popular sentiment in Russia in the wake of international economic sanctions.

The proposal is important for a number of reasons, most of all for its commitment towards establishing an industry – advanced technology – that could contribute to the diversification of the economy (increasingly important, given the continued drop in prices for oil and natural gas). It is also important in that it recognizes the importance of private industry in development. Putin states that the success of any drive for innovation involve “private businesses, and small and medium-sized innovative companies.” It will be significant sign of progress to see what, if any, legislative initiatives follow such a strong statement.

Where Putin’s proposal falls short is its failure to acknowledge the importance of international participation. Successful development increasingly needs to be a global endeavor, developing and leveraging partnerships between universities and businesses outside of Russia. Private relationships between academics should be encouraged to develop into formal partnerships; in the private sector, organizations across the globe – including ARCCoM’s Business and Innovation Committee – should be relied upon for their experience and expertise.

It’s entirely likely that the exclusion of international participation is a result of tepid relations between Russia, The United States, and the European Union; it’s also possible that the public statement – released on the Kremlin’s website – purposefully omits any mention of international partnerships. Regardless, the fact remains that any lasting development of an advanced technologies industry will require international cooperation.