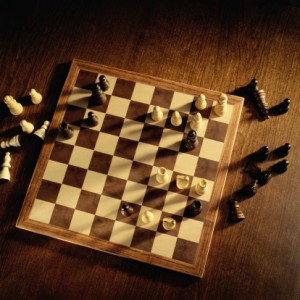 On January 22, the BBC reported that the U.S. State Department had stripped the credentials of five honorary Russian consuls.  This included the honorary consul for Minnesota, Raymond Johnson, who had served in the position since 2004.  It appears that the decision to strip the credentials was not a personal but a political move:  retaliation for what the State Department calls “the widespread harassment of personnel as well as the forced closure of the American Center in Moscow and 28 American Spaces throughout Russia.”

The decision has more of an impact on Russia than on the United States, given that the U.S. has only a begrudging acceptance of the honorary consul program. As stated in a Reuter’s article from 2012, the U.S. does not appoint honorary consuls overseas and does not participate in the vetting process (including background checks) for candidates. (According the Economist, this is largely because the U.S. has the capacity to field a large, official diplomatic corp.)

For Russia, however, it’s a striking blow to personal diplomacy. While the duties of honorary consuls vary, a main function is to assist Russian nationals living in an area with passports and other diplomatic functions. Such were Johnson’s duties, as explained in the Minneapolis-St. Paul Business Journal at the time of his appointment. With Johnson’s credentials stripped, Russian nationals are forced to contact consular offices in Seattle.

More important, however, is the blow to US-Russian business and cultural ties. The continued tit-for-tat exchanges between the U.S. and Russia serve are damaging to individuals and businesses on a local level; relationships maintained  despite deteriorating country-to-country relations. For the Minneapolis-St. Paul business community, the loss of an honorary consul means the loss of the official recognition that has the potential to disrupt MN-Russia trade. Without the endorsement of their government (through the consulship) and the assistance and networking capability of the Consul, Russian companies may be less likely to consider the Twin Cities region.

In the world of diplomacy, governments have their reasons.  While I may not fully understand the rationale, I do understand the impact of diplomatic decisions. One has to hope that in the midst of these decisions, both the U.S. and Russia understand that the perpetual motion of tit-for-tat diplomatic punishment risks destroying the business and cultural connections that transcend and can sometimes help mitigate conflict.