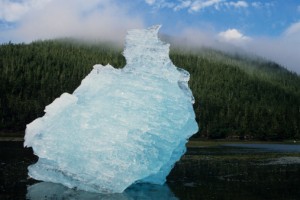 Before ARCCoM there was ARCC- The American Russian Commercial Company.

Founded in 1853 by Peter Kostromitanov, an agent of the Russian American Company (who later became Russian Consul in San Francisco) and a handful of San Francisco business owners, ARCC was initially chartered with one unique purpose: the import of Alaskan ice for distribution in California.

What we take for granted now was considered a luxury item in the 1800s. Importing ice to San Francisco meant weeks of sea travel, a journey that included the difficult and dangerous journey around the southern tip of South America. The perils inherent in this journey made ice an expensive luxury for the growing state.

The commercial activity of the Russian American Company in Alaska provided San Francisco merchants with a less expensive means to import ice. Working with the Russian American Company, ARCC (often referred to simply as “The Ice Company”) initially imported ice from Sitka; however, occasional warm winters on the island forced the opening of a second source on or near Kodiak Island. In preparation for the sea journey, ice was kept cold by packing it in sawdust, which was in short supply on Sitka at the time. To remedy this, ARCC financed the building of sawmills on both Sitka and Kodiak—the first built in Russian Alaska.

ARCC and the Crimean War 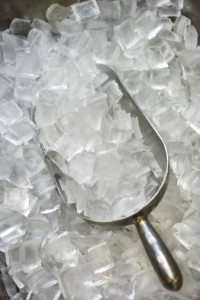 At its height, ARCC supplied ice to California, Mexico, and South America. But how lucrative was this trade? William Hunt, writing in Alaska: A Bicentennial History states that in the 1850s, 250 tons of ice was worth approximately $18,750 (or $560,000 in 2016). Considering that by 1859 ARCC had contracted to purchase 3,000 tons of ice, it’s safe to assume that ARCC was doing quite well financially.

Success for ARCC was relatively shortlived. The advent of the railroad and its expansion east into the Sierra Nevada Mountains gave Californians had a new, cheaper source of ice. ARCC’s other commercial interests never matched the success of the ice trade and ARCC eventually dissolved.