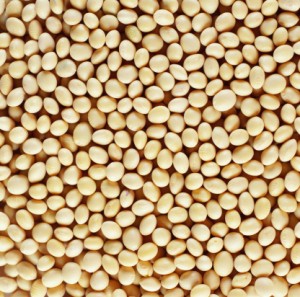 The U.S. soybeans are no longer welcome in Russia.

On February 15, Russia will enact a temporary ban on grain imports from the United States. Rosselkhoznadzor – the federal agency in charge of ensuring safe food – claims to have found 68 cases of bacterial contamination in grain imports between 2015 and 2016 and is subsequently shutting down an export market of approximately 300,000 tons annually.

Given the relatively small amount of U.S. soybeans exported to Russia, this would amount to a high percentage of contaminated shipments – a level of contamination that would logically necessitate banning imports and exploring new import sources (most likely from South America).

Not surprisingly, both sides have a different view of the situation. Rosselkhoznadzor claims that the U.S. lacks appropriate standards for inspecting grain exports—an assertion supported by spokesman Aleksey Aleekseenko who Russia Today quotes as saying:

We were dumbfounded. Every batch of products should come with a microbiological certificate that guarantees food safety. It turns out the products are not being tested.

A statement from the U.S. Embassy in Moscow acknowledges that there were concerns over the shipments, but downplays the severity. William Stevens, press secretary for the Embassy, is quoted as saying:

We are disappointed with the decision. The U.S. supplies soybeans and corn all over the world. The U.S. government made several attempts to negotiate the issue to eliminate all the concerns connected to imports of the goods. We are sorry for Russian consumers to lose one of the major corn and soy suppliers especially under the conditions of a soaring inflation rate

Rosselkhoznadzor has been accused of politically-motivated import bans; as such a healthy dose of skepticism is appropriate. In 2015, Dutch tulips were banned following an inquiry into the Malaysia Airlines plane shot down over Ukraine. Similarly, Georgia and Ukraine have had products banned during times of Western-leaning political reforms. In the case of U.S. soybeans, the import ban could be related to sanctions imposed by the U.S. and/or the recent pledge to increase troop levels in NATO countries in proximity to Russia.

It’s also worth considering that neither party is technically wrong. U.S. exporters could have been operating under outdated regulations, giving the appearance that their shipment was within acceptable levels (for allowed contaminants). While this would be an embarrassing lack of due diligence on behalf of the exporter, it would be a far cry from the lack of inspection and oversight that Rosselkhoznadzor appears to claim.

A third possibility is that the ban is unrelated to U.S. actions, but is instead related to the recent goal set by President Putin encouraging Russian agriculture to take the lead in producing non GMO foods. While this is nearly impossible for an outside party to prove (without knowing the source of the grains), it would be a compelling move by Russia to kick off this initiative. Moreover, it is a potential explanation for the “microbiological certificates” required by Rosselkhoznadzor. 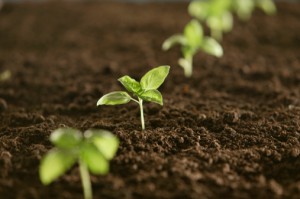 While only a small part of the 49 million metric tons of soybeans the U.S. exports annually, the ban is a significant curb on what had been a growing market for U.S. soybeans. Prior to 2015, U.S. soybean exports to Russia had risen significantly, with the U.S. becoming Russia’s largest source of soybean imports. This is due in large part to the easing of tariffs and regulations afforded by Russia’s ascension to the World Trade Organization and the continued development of domestic pork production in Russia.

Since soybeans are one of Minnesota’s largest agricultural export, the ban on U.S. soybeans will likely have a financial impact on Minnesota commensurate with the state’s share of the Russian soybean market. Moreover, experienced exporters to Russia will move to find alternative markets, and firms considering expansion (into Russia) may reconsider moving into a market that appears to be repeating a historical tendency for abrupt and arbitrary trade disruptions.