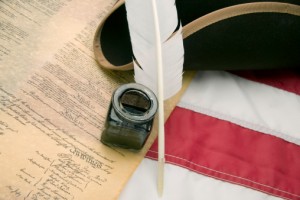 By 1825, the nature of Russian-American trade had begun to change. America was expanding and with expansion came economic diversification – not only in the variety of cash crops available for export, but with the number of countries that were willing to trade. While still an important source for iron and other building materials (especially in the Northeast), the United States was becoming more of a supplier to the Russian Empire and less of a consumer of Russian goods.  Writing in Distant Friends: The United States and Russia, Norman Saul estimates that  American goods comprised 10% of total imports to the Russian Federation in 1825. Of these imports, Saul further estimates that 75% of the Russian Empire’s sugar imports were carried on American vessels from the West Indies.

William Ropes, a Boston merchant, was involved in a number of these “triangle trade” operations before deciding to set up shop in Russia. In 1832, the William Ropes & Co. mercantile firm was established in St. Petersburg. While Ropes was not the first American to operate a trading house in Russia, he was the first American to officially establish a solely American firm within the country. Furthermore, Ropes differentiated his firm from others by learning the Russian language and, eventually, Russian commercial law—knowledge that helped his firm navigate Russian trade law without intermediaries and translators.

Ropes & Co. helped bring a number of diverse products into Russia from the United States. According to Walther

Kirchner’s book Studies in Russian-American Commerce: 1820-1860, Ropes is considered to be the first to import American cotton into Russia, a trade that would grow in the years to follow. He is also known for “Ropsky Kerosin,” his own brand of lighting oil that was quite popular in the Russian Empire.

While his business boomed, Ropes eventually turned the day-to-day operations over to his son, William Hooper Ropes. The younger Ropes’ success reached its apex in 1850, when he was appointed the American Consul in St. Petersburg, a post responsible for developing and maintaining healthy trade relationships. In one form or another, Ropes and Co. maintained a presence in St. Petersburg up to the start of World War.