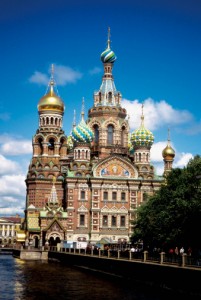 Despite the importance of the trade relationship, bilateral, relations were slow to get started. The burgeoning American nation made its first attempt at approaching Russia on a high level during the revolutionary war, when the US Continental Congress appointed Francis Dana as ambassador to Russia.

Dana, the personal secretary of John Adams, was given two objectives: securing a commercial treaty with Russia and gaining admittance to the League of Armed Neutrality, a collection of countries whose goal was to prevent international hostilities from interfering with sea-borne trade. Dana’s credentials, however, may not have been appropriate for the posting: he spoke neither Russian nor French, a condition that severely hampered communication and ultimately limited his effectiveness.

Furthermore, Russia was reluctant to accept his credentials as a diplomat from an as-yet-formed country, fearing potential backlash from Britain (should the colonial rebellion be quashed). As such, Dana did not accomplish much in the ways of official diplomacy; unofficially, however, Dana’s greatest contribution to American-Russian relations came in his promotion of St. Petersburg, found in a letter to John Adams. After an arduous, 51-day journey from Amsterdam to St. Petersburg, Dana arrived in the city awestruck. He is quoted as saying: “This is the finest City I have seen in Europe, & far surpasses all my expectations: Alone, it is sufficient to immortalize the memory of Peter the first.”

Dana’s two years also paved the way for official US-Russia relations. Dana’s travel partner, a 14-year-old John Quincy Adams became the first official US minister to Russia in 1809. The official recognition of Adams as minister coincided occurred simultaneously with the appointment of Andrei Dashkov as Russian minister to the United States, the first such mutual appointment in the history of international relations between both countries.