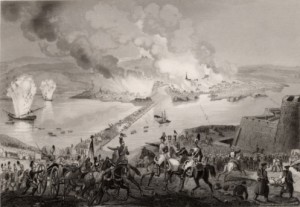 US – Russian commercial relations changed their course in the period following the Crimean War. The traditional commodities that had dominated the trans-Atlantic trade were being replaced by newer, cheaper materials, as was the case with the Russian linen that held a prominent position in the sails of the American shipping industry.

Changing tastes by the Russian population coupled with the manufacturing prowess of the United States increased demand for finished products in the Russian market. U.S.- Russian commercial relations favored the import of American products necessary to the task of building a modern nation: locomotive parts, agricultural tools, and weapons were favored for their practical use over sugar and kerosene. American firearms were particularly valued. Numerous contracts with American weapon makers were signed, to mixed results. One particular gun maker, Samuel Colt,  was issued a contract to manufacture guns in Russia and became so influential in Russia that he represented the U.S. at the coronation of Alexander II. 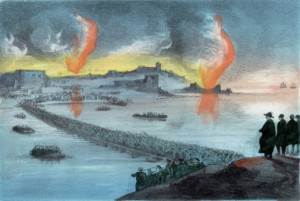 For the Russian Empire, American assistance went further than commercial trade. Reconstructing Sevastopol was a pressing concern, particularly repairing and clearing the harbor of sunken ships. During the Crimean War, the Russian navy intentionally sank a number of ships to prevent British and French warships from entering the harbor. Clearing the harbor was important for restoring commercial activity. American engineers, including, John Gowen, were awarded contracts to raise the sunken ships from the seabed. In particular, Gowen was contracted to salvage cannons, chains, and anchors  from 64 ships. Whenever possible, Gowen was to salvage the ships themselves. 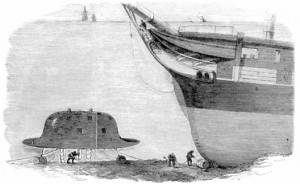 Newspaper articles from the time paint a compelling scene full of diving bells and arcane diving suits. In addition, American technology was instrumental in the salvage mission. Moreover, Gowen’s mission went beyond just the salvaging of ships: he was to usher in a new era of U.S.-Russian commercial relations in which American products. Anti-English sentiment was strong in the years following the Crimean War and the Russian empire was eager to replace English goods. As such, Gowen was  expected expected to represent U.S. merchants and manufacturers in Russia. A March 3, 1857 article in the New York Herald describes Gowen’s task:

He (Gowen) has been requested by the Russian government to bring with him specimens of our iron work, in the form of agricultural implements, tools of various kinds, machinery, &c. Mr. G. has given orders for the manufacture of articles of various kinds in this city, New York, Albany and other places. So far as is possible, the Russian government and people prefer to trade with this country in preference to England, for their hatred of the English is as intense as ever.

Gowen’s presence in Sevastopol also marks a potential first in the history of Russia: the first recorded celebration of July 4th.  According to Norman Saul in Distant Friends: The U.S. and Russia 1763-1867,  the Americans set up a pavilion in order to properly celebrate the holiday. Russian participation- including both a brass band and string orchestra- was encouraged and embraced.

Commodity trade was not altogether abandoned. As we’ll read in next week’s post, U.S. cotton became highly valued and may have changed the course of Russian history.