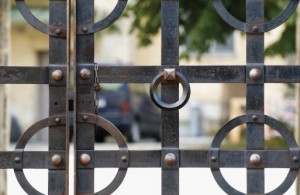 When I hear the words “sanctions” and “embargo”, I picture a roadblock: nothing gets through, no exceptions. While there are always exceptions, it’s not hard to imagine this applying to the U.S. and Russia. Recent stories, however, tell us that one arena – cultural cooperation – has been a highlight in relations that have been at near historic lows for the past three years.

On March 3, 2016, the U.S. returned 28 documents stolen from Russia in the aftermath of the fall of the Soviet Union. This “gesture of goodwill” is the continuation of a program started in 2007. At a governmental level, the U.S. Department of Homeland Security worked in concert with both the Russian Government and Russian cultural organizations in tracking down the missing documents. This is a significant example of government organizations working together despite difficult conditions and runs counter to the prevailing belief that the U.S. and Russia are not talking (except to argue over Syria, Ukraine, and soybeans). In fact, as the ABC news article states, cooperation (at the law enforcement level) has continued largely without a incident.

The Museum of Russian Art serves as another example of culture transcending government roadblocks. In a September 28, 2015 Star Tribune article, Jean Hopfensburger describes how the museum partnered with the Russian Ministry of Culture to creatively bypass a five-year embargo. The embargo, the result of a 2010 U.S. district court ruling contesting Russian ownership of a collection of historic Jewish texts, prevents Russian museums from loaning art to their U.S. counterparts. While a blow to cross-cultural relations, The Museum of Russian Art and The Russian Ministry of Culture created a unique solution: reproduce what cannot be loaned. The resulting exhibit, “Faces of War” combines reproductions of historic documents and photographs with Russian uniforms, weapons, and other objects housed in collections based in other countries.

These examples of cultural cooperation are a bright spot in what have been dark times for U.S. Russian relations. At the very least, they are a reminder that the two cultures share a mutual appreciation; an appreciation that has transcended sanctions and embargos. At their best, these examples can be the foundations upon which better relations are built.